10. Bring It On: Fight to the Finish – Lina Cruz (Christina Milian) is a cheerleader who transfers to a new high school in West L.A. when her mother remarries. After facing off against the all-star cheer captain, Lina enlists the help of her stepsister and former teammates to make the squad.

9. Bring It On: Again – New freshmen don’t believe in the rules and tyranny of their college cheer squad, so they quit and form their own squad. There can only be one squad so they prepare for a cheer off to see who the best squad is.

8. Gotta Kick It Up – A school dance team at Marshall Middle School uses the saying “Yes We Can!” to build their confidence to perform. With the help of a new teacher who believes in them, the girls prove to themselves, their parents, and coach that they are ready by competing and winning a dance competition. 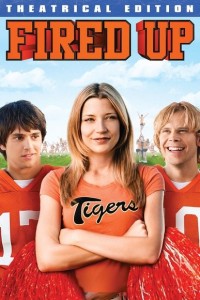 7. Fired Up! – The two popular guys in high school decide to ditch football camp for cheer camp. They soon realize though that it’s not all about the girls. To prove that they are there for real, and to win the heart of the captain, the guys must work hard and learn the routine to compete at the cheer competition finals.

6. Stick It – Haley Graham (Missy Peregrym) is a former gymnast, who after a run-in with the law, is forced to return to the gymnastics world from which she fled. She’s enrolled in an elite gymnastics program run by Burt Vickerman (Jeff Bridges), and though the other gymnasts do not welcome her at first, she slowly wins their hearts and turns from rebel to team member.

5. Bring It On: In It to Win It – South California High School senior Carson (Ashley Benson) arrives at cheer camp Nationals determined to lead her squad, the West High Sharks, to victory. But New Yorker Brooke (Cassie Scerbo) and her team, the East High Jets, also has hopes for winning. As the rival squads compete against each other, a fight ensues, leaving cheerleaders from both squads suspended. This leaves Carson and Brooke to work together to stay in the cheer game and win the glory for their camp. There’s a little West Side Story line in there and it’s also cool because some scenes are filmed at Universal Studios.

4. Bring It On: All or Nothing – Britney (Hayden Panettiere) is living the high school dream – she’s cheerleading captain and girlfriend of the star quarterback. But all of that changes when her father’s job transfers him to East Los Angeles. At her new school, Britney makes it onto the schools cheer squad, much to the surprise of the captain. She must decide where her loyalties lie, though, when her new squad competes against her former squad in a cheer-off competition that will put one of them in a Rihanna music video.

3. Center Stage – A group of teenagers from different backgrounds train at the American Ballet Academy in New York to make it as ballerinas. Each of them deals with the stress of training and different problems along the way. Jody (Amanda Schull) doesn’t have perfect feet, Eva (Zoe Saldana) doesn’t have the right attitude, and Maureen (Susan May Pratt) doesn’t have the heart. But in the end they find that even if they don’t get into the company of their dreams, they have found love and friendship where they least expected.

2. Girls Just Want to Have Fun – Janey (Sarah Jessica Parker) is the new girl at a new school, which she is used to because her dad is in the military and they move around a lot. This time though, they move to Chicago, home to her favorite television show “Dance TV.” At school, Janey meets Lynne (Helen Hunt) who shares her passion for dancing and DTV. When they learn of a competition to find the new DTV regular couple, Janey and Lynne are determined to audition. They meet up with some obstacles, like Janey’s dad who doesn’t approve and a rich girl named Natalie who is also competing for the spotlight, but that doesn’t stop them. It’s the first time Janey feels like she can fit in and be a teenage girl, and all girls want to do is have fun! 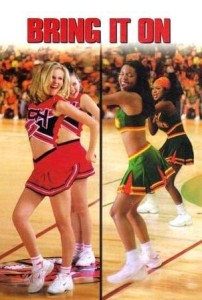 1. Bring It On – This is the year Torrance Shipman (Kirsten Dunst) has been dreaming about. It’s her year to shine as captain of her high school cheer squad. They already know the routine, so it shouldn’t be hard, right? Wrong. Their former captain stole all of their best moves from an inner-city school and they must scramble to make a new routine in a short amount of time to compete at this year’s competition.