It is practice and you are directing your team to do a particular pyramid.  It isn’t a difficult sequence, but there is one athlete in the far left pod that is not getting where she has to go.  You feel yourself getting more and more frustrated as you continually have to explain and re-explain to her what she needs to do and where she needs to be.  You feel the blood pressure rising and you know your other athletes are getting frustrated with having to do the particular sequence over and over again because of one teammate that is not getting it. . .

Before you go labeling them as “slow”, “stupid”, or “just not paying attention”, there is a particular condition that is fairly common in our nation’s children – Sensory Processing Disorder (used to

be referred to as “sensory integration dysfunction”).  According to WebMD, Sensory Processing Disorder is “a condition in which the brain has trouble receiving and responding to information that comes in through the senses.”  It can accompany many other learning disorders such as ADHD and Dyslexia but can also occur as its own learning disability.  There are a vast array of symptoms that identify the condition, but an example of some that might be seen are an overreaction to basic sounds (stating things are “too loud”), touch (yelling “ouch” when someone gives a playful shove to them), or sight (continually bump into things that are in plain sight).  Basically someone with this disorder are oversensitive to normal things in their environment.

Audio cues such as verbal instructions from a teacher or parent might be a challenge for someone with this condition that affects their hearing.  Ever seen the individual that if you tell them something they just can’t get it, but if you write the very same direction, they have no issue?  They have Sensory Processing Disorder which affects hearing.  You have to recall the five senses every human has – touch, smell, taste, sight and hearing.  These can all fall victim to this disorder, but some are more noticeable to people around the sufferers than others.  If someone has Sensory Processing Disorder that affects their sense of taste, they could find the mildest of things to be very spicy, or be able to taste the smallest bit of onion in a casserole that no one else could.

Obviously Sensory Processing Disorder affects everyone differently, just as it will be noticeable depending on which sense is affected.  Obviously if they have it with their sight or hearing, it will be most noticeable especially when the individual is in situations where instruction is important, such as school, sports, and situations where directions are necessary.  There are ways to overcome this issue with athletes if you get creative in your method of instruction.  If you notice an athlete not necessarily “getting” your direction, you might want to give them written direction to take home and study.  Give them a count sheet with the routine in it.  Most likely they will understand that and process it better than they will if you are telling them and counting as you are doing it.  If visual is the issue, the athlete might work better hearing the instruction as you go with the routine rather than watching a video or reading directions.

Taking the time to recognize the issues is very important thing, and one that most coaches don’t take the time to do.  Actually investigating on your own or doing a little bit of research to help understand what might be the issue and what you can do to help them adapt to be able to participate is the best way a person can help an athlete feel successful.  Often someone that suffers with a diagnosis will feel very stupid, ignorant, or less qualified to do something than someone without the condition.  The worst thing you could do is “call them out” continually and point out how they are not understanding what is going on.  The athlete’s self-esteem will plummet if you continue to do that to the point of them giving up on the sport, and most likely many other things, seeing it as a confirmation that they are right and they are not worthy of doing something they enjoy.

Teaching athletes to work with what they have and to adapt things so they are successful is the best thing that any adult could do.  Imagine if Derrick Coleman – fullback for the Super Bowl Champion Seattle Seahawks – had believed what every 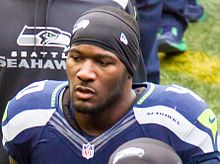 one had told him.  He is deaf, and not only made the cut in college to be a starter but was drafted and made the cut to be a regular on the Seattle Seahawks in 2012.  He is the only deaf offensive player in the NFL.  Playing offense, a player relies a lot on the “audible” – play calls shouted out by the quarterback at the line of scrimmage right before the ball is snapped.  They have to pay attention to what the quarterback is saying, because in that series of shouted words, the play is being called out, telling the players the side of the field the quarterback will be throwing to or which side the running back will be running, where each player is supposed to be during that play, and which defensive players to block more heavily to allow for the play to go in that direction.  Derrick Coleman has adapted to this and found a way to be able to know what play is called when it is called.  He had been taught in his youth playing football how to read the lips of the quarterback, as well as to notice the small subtle signals that players throw off when they are supposed to do a certain play or route for a call.  Not only did Derrick Coleman learn to adapt, but so did his team as he played.  Quarterbacks would use hand signals as well as calling out plays, players near him would signal him in a certain manner for different calls, and coaches worked to develop these different methods built into the play calling for their teams.  This was done all for one player, and he turned out to be pretty darn talented!  If one coach or team had given up on him, we wouldn’t be discussing him today.  That is how important it is to never give up on an athlete!  The way you treat them and help their teammates treat them will demonstrate to them that they are a valued part of the team – so valued that the team adapts to each individual to help everyone be successful.

This type of technique can help athletes with our without any sort of disorder.  Some are more visually oriented, while others might be more auditory.  Working a coaching technique that incorporates both types of instruction will help every athlete be as successful as they can be, and demonstrate to everyone that no “difficulty” is too difficult to be a part of the team.

Processing Disorders also can slow down reactions to instruction as well as slow down the reaction to auditory cues.  Music is an auditory cue, and most choreographers use the music – the beats, the ton 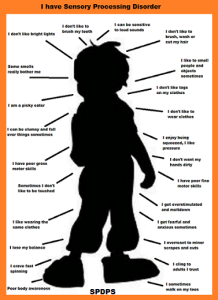 es, the sounds – to mark parts of the routine to the athletes.  The flyers extend their scales on the “ding” in the routine; the dance sequence has a particular motion upon a particular sound effect in the music. . .  Someone with a processing disorder will not understand those cues fully and might react slow to the sound.  Helping them develop a counting system may help them.  In that instance, you show them a specific “timing” of counting, and teach them that when they hit a particular four count “this” happens, or on this particular six count they “do this here” will help them greatly.  Repetition also helps with this, demonstrating to them the count, the proper timing for the count, and gets them familiar with the association with their count and their motion does so much to demonstrate to them exactly what to do when.  They may need the team to go through their routine five or six more times to get it, but in the greater scheme of things, that is rather small compared to some of the things that have to happen for a team.

Coaches and teammates are instrumental in the self-esteem of each athlete that is a unit of that team.  They also go far to teach each other how to adapt themselves to benefit the workings of the team unit.  No one person makes a team, but every person makes up the team.  The uniqueness of each individual athlete will make the team unit as a whole the way it is.  Whether the team embraces the uniqueness or shuns it will completely depend on the teachings and leadership of the coach.  If you teach them to embrace the uniqueness, they will be far more successful in the world than if they are taught to shun differences and embrace “conformity”.  It literally is the difference between leading a team and leading a herd of sheep.  What is the difference?  Teams have determination and initiative; sheep have the mentality of do things just like the others.  In cheerleading, which group of athletes are more successful?

http://www.heartofcheer.com/gyms/dealing-difficult-athlete-sensory-processing-disorder/http://www.heartofcheer.com/wp-content/uploads/2015/04/SPD1.jpghttp://www.heartofcheer.com/wp-content/uploads/2015/04/SPD1-300x271.jpg2015-05-18T14:16:07-04:00Pam SBlogCheerleadersCoachesEducationGymsIndustryParentschallenges,disorder,doesn't listen,inattentive,lazy,processing disorder,sensory
It is practice and you are directing your team to do a particular pyramid.  It isn’t a difficult sequence, but there is one athlete in the far left pod that is not getting where she has to go.  You feel yourself getting more and more frustrated as you continually...
Pam Swopepswope.stormeliteallstars@gmail.comAdministratorOne of the founders of iCheer, I am excited to bring the positive and inspiring parts of cheer that I see all the time to the masses! We continually hear about the drama and the negative; well here we are to show you the Heart Of Cheer!!!Heart of Cheer
Tagged in challenges disorder doesn't listen inattentive lazy processing disorder sensory 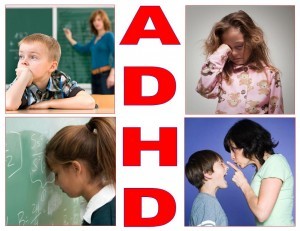 Dealing with the Difficult Athlete – ADHD