Most are hitting the time of year where their athletes are trying out for teams – whether it be for their school team or their all-star gym’s teams.  It is a time of excitement and – at times – a time of frustration and disappointment.

As parents we all wish to take the pain away from our kids.  We try to help soften life’s blows and disappointments.  Fact of the matter is, we shouldn’t be doing that.  Rather we should be guiding them through the times.  We as adults have all been there.  We have all at one time or another been disappointed, frustrated, angry, saddened, jealous and we know how it feels.  As parents it is up to us to help our children through those times.  Instead of “feeding” those emotions by going to the coaches, guns a-blaze, screaming at them why they hurt our babies, we should be (swallow that lump) supporting the coaches decision and encouraging our children to speak to the coach about the results. 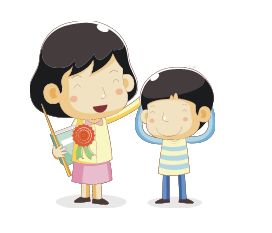 I was an athlete, and just like any other athlete, I suffered my disappointments along with my successes.  I paid for college by getting my college scholarship for volleyball.  But the first year playing I didn’t see a lot of playing time.  It was frustrating to me because sports came easily to me, but there was a situation that I had been expected to “give more” in the way of commitment.  I had been expected to go to the “voluntary” open practices (which that first year I had chosen to not do), conference with the head coach (which I hadn’t done because of all the praise I had gotten during practices), and because of situations such as that I had been assigned to the bench.  I had NEVER been a “bench player”; I had ALWAYS been a starter – from the first time I had started playing sports at the age of 6.  Even playing sports on the playground I was one of the first ones chosen; even when there were boys involved!  That had been a hard time for me.  Of course that day I had found out I was not a starter, I went home in tears.  I cried to my parents how I had been benched, and that I was quitting.

I remember the moment to this day as clear as when I was there.  My mom was quiet but looked disappointed.  My father – a very physically active man as well and naturally athletic himself – nodded his head.  “So you are going to quit because you didn’t get what you wanted?” he asked me, his gravelly voice had a tone of disappointment to it.  “You are going to leave your team and a sport you love without at least finding out why you didn’t get chosen as a starter?  You are going to do this without speaking to your coach and asking what they were looking for in a starter for the team?” 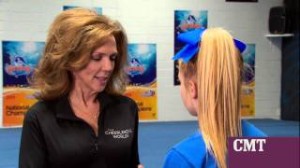 I paused.  To this day I am a people pleaser.  I am the person that does whatever they can to receive praise.  If I do something, I do it well so that people are happy with my job.  I had been no different back in high school, and of all the people on the face of the earth, my parents are the two people that I seek approval from the most.  In that moment I sensed I had disappointed them, and it had not been due to the position that I had gotten; rather it had been due to my decision to handle it.  That had been all on me.  “But what am I going to. . .”

My father had cut me off immediately.  “You go in and ask why,” he stated, seeing an opening.  “You go see the coach and you ask her why she decided as she had.  You speak to her maturely; ask her what she would like to see for you to become a starter.  Because I will tell you that in all my years doing anything, no decision is final.  You could end up with a starter job.  But to get it, you have to find out what the coach wants from a starter.”

That was how my parents were.  The first time a college recruiter contacted them interested in having me attend their university my parents were tough.  What was the graduation rate of their athletes?  What was the average GPA for their athletes?  How much practice time was required?  How much time was allowed for athletes to focus on schoolwork and how did they offer assistance to athletes pertaining to their education?  Did they give access to tutors?  Did they have mandated amount of hours to work on homework/class work?  My parents were not shipping me off to college to waste my time as a jock and not get anything out of it.  I had ten different universities contact my parents; three of them made it past them to get to speak to me directly.

My parents expected me to handle things the correct way.  My sports career was mine.  Even in high school, I had been the one that spoke to coaches.  It had been up to me to remember practice times, specially called practices, scrimmages, games, meeting times, film reviews, and everything else associated with the teams I had been on and what I had wanted to do.  They never forced me to go to anything, but they never let me forget that I had a commitment that I had made and I had better plan on upholding my end of the commitment.  I had not been allowed to “skip” a practice because a friend was planning a party.  I didn’t get to skip a Saturday morning practice because I wanted to sleep in.  I was also expected to communicate with my coaches about my skills.  What had I been doing good at?  What did I need to work on?  Where could I improve?  How could I do that?  NEVER did my parents go to a coach for me and speak for me.  And I was never shown that they had disagreed with any of the coaches I had.  Only twenty years later had I found out during a basic conversation that there was a decision that one of my coaches had made that my father had disagreed with. 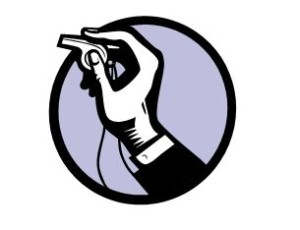 In all honesty I have to say I was very happy with how my parents handled my sports “career”.  I watched a girl – a starter on the college team I had been on – kicked off the team because her father went to the coach and yelled because he thought his daughter was not being used “effectively” (translation – she is not being set more balls so her kill ratio can go up).  The coach simply looked at the man, stood out of his chair and yelled out to the athlete to come over to them.  She went over to them and he kicked her off the team.  Scholarship was pulled, and she ended up leaving school due to financial issues.  All because her father went to the coach and complained.  I would have died had my father did that to me.  The coach explained it to us later that if we had any issues with how he ran things we needed to go to him; “not cry to mom and dad”.  We had been adults, and mom and dad are not going to be able to go to our bosses when we get a job and complain for us.  He stated he only dealt with the athletes; he would not deal with parents.  He was an AMAZING coach – one that girls would FIGHT to work under.  I had been no different.  Like any good coach, I learned more from him than just volleyball.

The teaching moment in placements/try outs:  Encourage your athlete to speak to their coach and learn what they need to do to get better.  My daughter is 8.  She expressed to me two years ago that she had wanted to quit doing cheer.  It had been into the season already, and I told her that the only way she was going to be able to quit was if SHE went to her coach and told her.  She cried and begged me to do it for her.  It broke my heart at that moment, but I had stood strong.  She didn’t quit, rather went out to the mat and practiced.  She had wanted to quit because she had not wanted to do the conditioning.  My daughter had loved doing cheer; just not the stuff it took to be strong enough to do the fun stuff.  But that moment I had let her know that her cheer career was all hers; not mine.  I am not going to say that it hasn’t been easy.  There had been days that I had wanted to make her work harder because I had known she could do it.  There were days she was upset about being moved, and I had wanted to with all my being go speak to her coach.  I resisted the urge and instead encouraged her to speak to her coach.

More parents should stay out of their athlete’s sports lives.  That is the one place the athlete has total control over things.  That is the one part of their lives that prepares them for their life outside of the parents’ home, and it can start at an early age.  If your athlete comes home upset about where they are placed on the team, or the skill level they were assessed at, it is not up to you as the parent to fight the battle for them; even if you disagree with the coach and you are angry as all get-out!  It is your job as the parent to step back and encourage the athlete to speak to the coach and find out what was going on.  Why did they make that decision?  What would the athlete need to do in order to be moved or improve a skill level?  How could they do all of the things needed?

No one wants to hear this all, but it is something that in the end will improve your experience and your athlete’s experience.  Why give your child the reputation as having the parent that will raise holy heck because the athlete is upset?  Believe me – there are those parents at every team out there.  Don’t add to the number.  Be the positive teacher.

http://www.heartofcheer.com/gyms/teaching-moments/http://www.heartofcheer.com/wp-content/uploads/2014/04/twisters7-1024x768.jpghttp://www.heartofcheer.com/wp-content/uploads/2014/04/twisters7-150x150.jpg2014-07-25T21:10:15-04:00Pam SBlogCheerleadersEducationGymsParentschildren,encouragement,support,teaching
Most are hitting the time of year where their athletes are trying out for teams – whether it be for their school team or their all-star gym’s teams.  It is a time of excitement and – at times – a time of frustration and disappointment. As parents we all wish...
Pam Swopepswope.stormeliteallstars@gmail.comAdministratorOne of the founders of iCheer, I am excited to bring the positive and inspiring parts of cheer that I see all the time to the masses! We continually hear about the drama and the negative; well here we are to show you the Heart Of Cheer!!!Heart of Cheer
Tagged in children encouragement support teaching 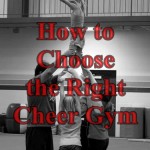 How to Choose the Right Cheer Gym 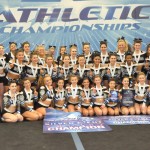 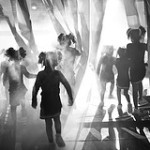 How Much is Too Much – The Mental Side