Memorial Day. For many it's the official start of summer, the day the pool opens, great deals at the mall, and a 3-day weekend off work. But before packing up the grill, beach towels, and bathing suits for an eventful Memorial Day weekend, we should all take a little time to remember what it is exactly we are celebrating. The true meaning of Memorial Day goes far beyond barbeques and shopping. Memorial Day is more than the holiday heralding summer.  It is a time when our nation reflects with gratitude on the sacrifice so many in uniform have made.

Memorial Day, originally called Decoration Day, is a day of remembrance for those who have died in service of the United States of America. Memorial Day was born out of the Civil War and a desire to honor our dead. It was officially proclaimed on May 5th, 1868 by General John Logan, national commander of the Grand Army of the Republic, in his General Order No. 11. “The 30th of May, 1868, is designated for the purpose of strewing with flowers, or otherwise decorating the graves of comrades who died in defense of their country during the late rebellion, and whose bodies now lie in almost every city, village and hamlet churchyard in the land,” he proclaimed. The date of Decoration Day, as he called it, was chosen because it wasn’t the anniversary of any particular battle.

On the first Decoration Day, General James Garfield made a speech at Arlington National Cemetery, and 5,000 participants decorated the graves of the 20,000 Union and Confederate soldiers buried there. "For the love of country they accepted death," spoken by Garfield, which means that the veterans gave up their lives for the love of the nation.

"A hero is someone who has given his or her life to something bigger than oneself." – Joseph Campbell 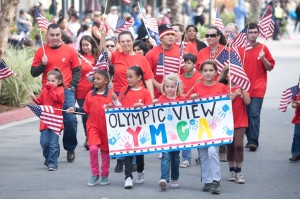 In traditional observance, the flag of the United States is raised briskly to the top of the staff and then solemnly lowered to the half-staff position, where it remains only until noon. It is then raised to full-staff for the remainder of the day. The half-staff position remembers the more than one million men and women who gave their lives in service of their country. At noon, their memory is raised by the living, who resolve not to let their sacrifice be in vain, but to rise up in their stead and continue the fight for liberty and justice for all.

Traditional observance of Memorial day has diminished over the years and many Americans have forgotten the meaning and traditions of the day. At many cemeteries, the graves of the fallen are increasingly ignored or neglected. Most people no longer remember the proper flag etiquette for the day. While there are towns and cities that still hold Memorial Day parades, many have not held a parade in decades.

"The greatest glory of a free-born people is to transmit that freedom to their children." – William Harvard
The most rewarding thing about freedom is being able to pass on that freedom to your sons and daughters.

An important lesson that parents and coaches can teach their cheerleaders is how to properly honor and celebrate Memorial Day as a team effort. There are a variety of ways teams can give back to their communities and help keep these sacred traditions alive and practiced. 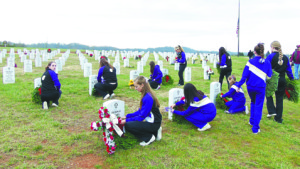 "We come, not to mourn our dead soldiers, but to praise them." – Francis A. Walker
The quote means that Memorial Day is not necessarily about grieving for the fallen, but about celebrating their lives and their heroic deeds.

http://www.heartofcheer.com/news/cheer-red-white-blue-memorial-day/http://www.heartofcheer.com/wp-content/uploads/2014/05/memorialday1.jpghttp://www.heartofcheer.com/wp-content/uploads/2014/05/memorialday1-150x150.jpg2014-05-25T04:16:48-04:00LeslieBlogCheerleadersCoachesGymsNewsParentscheerleading,giving back,memorial day,team service projects
Memorial Day. For many it's the official start of summer, the day the pool opens, great deals at the mall, and a 3-day weekend off work. But before packing up the grill, beach towels, and bathing suits for an eventful Memorial Day weekend, we should all take a little...
Leslie Phillipslmp1980@live.comAdministratorHeart of Cheer
Tagged in cheerleading giving back memorial day team service projects