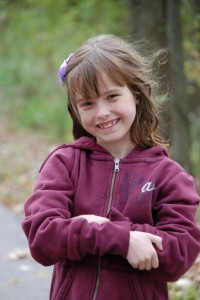 In 2013, in honor of a very special cheerleader, Lauren McManaway, Love4Lauren was established by close family friend, Christie Kilbride, to raise awareness for pediatric and ovarian cancer through promoting fundraising events, and also to help keep family and friends informed during Lauren’s treatment. On the last day of July that same year, sadly Lauren lost her battle with ovarian cancer, but her legacy lives on strong through the love and kindness extended in the community through the dedicated work carried out in her memory. To date, Love4Lauren has touched many lives through special missions to raise awareness and gifts from the heart to the children and families who are courageously fighting this battle. This past Easter, Love4Lauren took on a huge project- to donate Easter baskets to the oncology ward of Nationwide Children’s Hospital. Teresa from Greater Midwest Cheer Expo encouraged the cheer community to bring items for the baskets to their spring cheerleading competition. Along with that, and the help of families and friends in the community, they were able to collect hundreds of coloring books, crayons, and reading books and deliver them to the hospital and the Ronald McDonald House. In addition to these special projects, Love4Lauren also donates food and gas cards and gift baskets to local families that have been affected by pediatric cancer. Kellie McManaway, Lauren’s mom, shares “We want to continue to help raise awareness for pediatric and ovarian cancer while helping relieve some of the stress and expenses of driving to and from the hospital for treatments.”

Heart of Cheer was honored to speak with Lauren’s mom, Kellie McManaway, to find out more about her daughter’s courageous fight with cancer, share her story and help raise awareness.

First, tell us all about Lauren. Share some of your favorite memories with us.

Kellie: “Lauren was a twin in a family of four children, the other three children being older brother Joshua, older sister Hannah and twin sister Megan.

Lauren was an ambitious student; she loved to read and write and always earned good grades. She enjoyed spending time with friends. Lauren loved taking care of her family pets Simba her cat and her dog Diggie. She wanted to be a veterinarian when she grew up.

Lauren had a great sense of humor and always knew how to make people laugh. Some of my favorite memories of Lauren were her making us laugh. Father’s Day had arrived and Hannah, our oldest daughter, was driving her dad crazy! Her dad said, “Hannah, you’re going to get spanked if you don’t stop driving me crazy!” Lauren out of nowhere, with her dry sense of humor, says, “Go ahead dad, it’s your day!” We laughed so hard and still laugh about it to this very day. Another great memory I have of Lauren, is when we were sitting in her hospital room up at Nationwide Children’s Hospital and the snow was coming down hard. I looked over at my mom, Lauren’s grandma, and said, “It’s snowing to beat the band!” Lauren, in all seriousness, looks out the window and says, “I don’t see no band!” I said, “Lauren it’s just a figure of speech!” She was so funny!”

Lauren’s friend, Megan, also shared a couple of her favorite memories with us.

Lauren’s grandma Webb submitted this heartfelt letter with her favorite memories of Lauren. 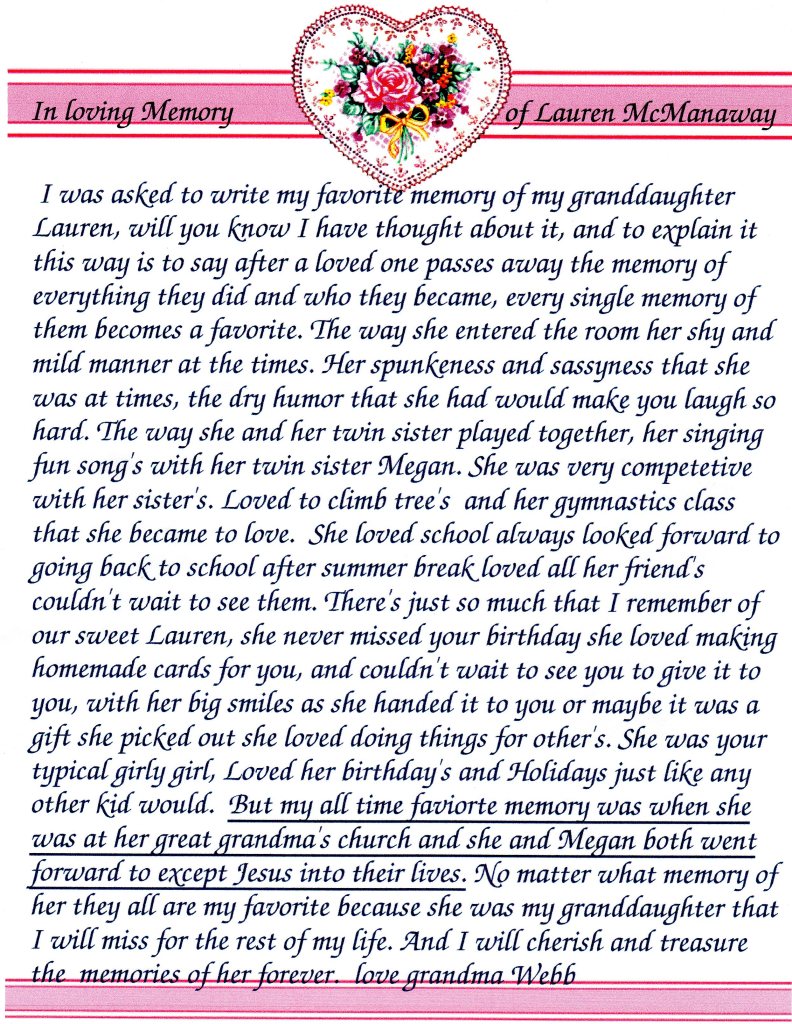 Tell us about Lauren’s love for cheerleading 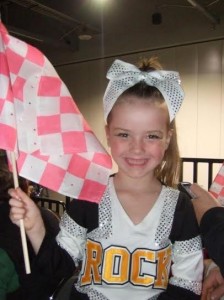 Lauren enjoyed cheerleading, but went into 2012 trying to improve on her tumbling skills by taking tumbling classes. Lauren learned how to do her double back handspring and was working on her back tuck when she was diagnosed with ovarian cancer.” 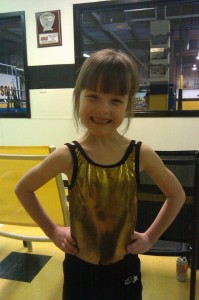 One of Lauren’s Junior Coaches, Alexandria Walker, states, “I have so many great memories of Lauren it is very hard to choose just one to write about. If I had to pick one, it would be in the first year she cheered. I was a Jr. Coach for her team. The first couple months Lauren was very shy and very hesitant to ask any questions, so I made sure to take a little extra time to make her feel comfortable with what we were doing. Once she got comfortable, she was a natural! My favorite moment was the first time she showed me that she had gotten her cartwheel. The look of joy and success on her face was priceless! I will never forget that day, nor will I forget every other day I spent with her!”

Coach Kelley Capretta, owner of Rock Solid Academy, shares her favorite memories of Lauren. “When you ask a coach what kind of athlete motivates them to wake up every day and be better than the day before, you will find a common answer. The athlete that makes us tick comes into the gym every day with a smile on her face, ready to put whole heartily in 100%. That athlete for me was Lauren McManaway.

My fondest memories are of Lauren are when she was just 5 and getting to experience her first moments of flying in a stunt. She, and her twin sister both, had their separate moments in that routine to be a star. Lauren was one of the most serious and intuitive 5 year olds I had ever worked with. She had the maturity far beyond her years, even “coaching” her sister to be better on her tumbling. They were our babies on the team that year, but Lauren was far from a typical itty bitty that year. 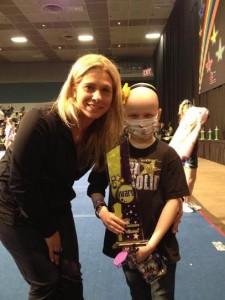 Watching Lauren get her back handspring, then her round of one and series was genuinely something I will remember my whole career. She was so excited and passionate about it. Watching Lauren achieve those few special moments has helped me coach and live a different life. After Lauren found out she was sick and went through so much in her recovery, she came in the gym one day and whispered in my ear, “Do you think I will ever tumble again Coach Kelley?” I looked at her and said “Of course you will!” She gave this I’m not giving up yet smile, and said “Spot me… right now…. please?” Watching her throw those back handsprings that day will forever be my motivation. Those were her last she got to throw in the gym, and seeing her relief that she had not lost those skills she worked so hard for was amazingly genuine.

Every day Lauren reminds me to coach in the moment, to realize that all of the special time I spend with my athletes are moments I can’t get back. They are experiences that will live in our hearts until it’s time to go (even when our body’s no longer allow us to do the skills). Each time an athlete learns a new skill they ring the gym bell for everyone to clap and acknowledge their hard work. I know Lauren smiles every time that bell rings each day, just like when she rang that bell herself.”

Tell us about Lauren’s battle with cancer. 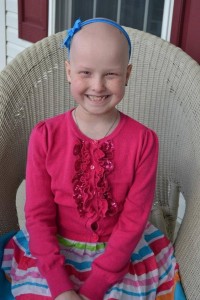 Kellie: “On November 2, 2012 Lauren was diagnosed with a rare form of ovarian cancer at Nationwide Children’s Hospital. She quickly began chemotherapy in November, and after her first round of chemo she was able to come home for the first time on November 29, 2012. She then returned to the hospital for another round of chemo on December 3, 2012. Lauren had surgery on January 4, 2013 to remove the cancer and her left ovary. Lauren’s oncologist Dr. Ranalli prescribed four rounds of conventional chemotherapy, which consisted of six to eight different chemotherapy drugs over a four day period with a recovery at the end, and then four rounds of Intraperitoneal treatment through her stomach. During the buildup for her stem cell transplant, it was found that the cancer had returned. At the end of May, the cancer was removed with surgery.

Following the recovery of surgery another pet scan and CT scan was performed on June 17, 2013 that had shown the cancer had grown back in full, and there were no other viable treatments available. Lauren was sent home with hospice following this appointment.

On July 17, 2013 Lauren showed a quick decline in health, and was taken back to Nationwide Children’s Hospital to be made comfortable in the final stages of her life.

On July 25, 2013 Lauren’s Enchanted Ball was held at Woodland Golf Course in Cable, Ohio in honor of Lauren. Though she was too sick to attend, there were over a hundred little girls who dressed up as princesses and were escorted by local cheerleaders and football players. There was a live feed back to Lauren’s hospital room where I, grandma and her favorite doctor, Dr. Streby, (who was also dressed up as a princess) watched the ball on TV.

Just six days later on July 31, 2013 Lauren lost her 9 month battle with ovarian cancer. She left an amazing legacy that will never be forgotten.”

If there is one thing you could tell a parent whose child is fighting cancer, what would it be?

Kellie: “If there was one thing I could tell a parent whose child is fighting cancer, it would be ask lots of detailed questions during the course of your child’s treatment. Use all the hospitals resources, especially help from the social workers. The social workers are there to help you fill out paperwork for great organizations such as; Nellie’s Catwalk for Kids, A Kid Again, Make a Wish Foundation, Wigs for Kids, and the Cancer Society – all in which are huge support groups.”

What are the future plans for Love4Lauren?

Kellie: “We hope to continue what we started with Love4Lauren by donating special care packages to the beautiful strong and brave families that are fighting cancer every day.

For more information on Love4Lauren please visit her Facebook page. 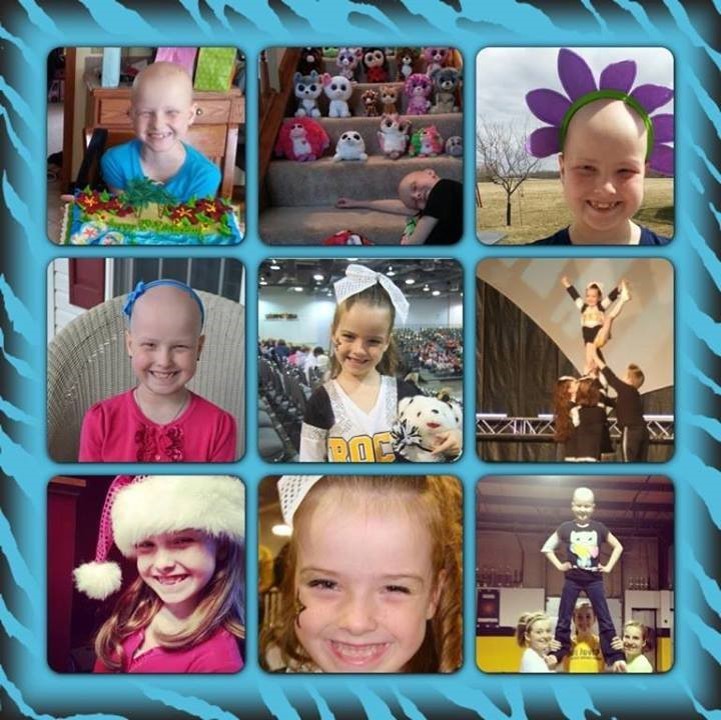 Heart of Cheer would like to thank everyone who contributed to this article.

Please see the following important facts on Pediatric Cancer and Ovarian Cancer in the Resource Links below. 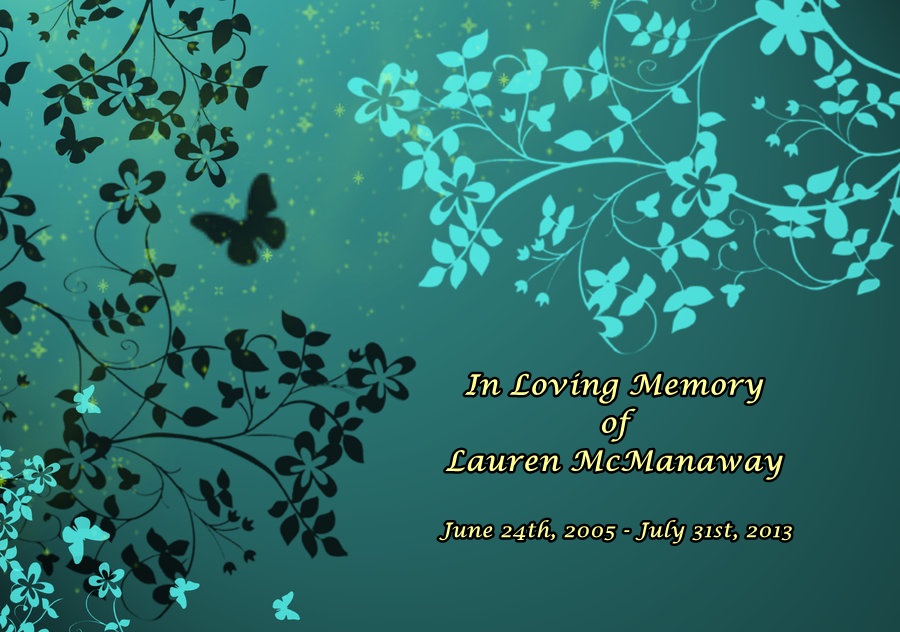