Out of Flames Came Hope and Strength 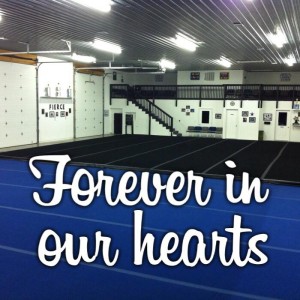 On Monday, January 6th, 2014 the roof crashed in on Fierce Allstars.  The owners – sisters Crystal Dyer and Sara Hawkins – lost their building, their equipment, and all of the physical accolades of their prior years and competition wins.  In the ashes that remained were pieces of the lives from the past three years – cheer shoes, chairs, banners, trophies, and all of the memories of first time walk-overs, back handsprings and tucks thrown.  Destroyed were the dreams of the athletes that were a part of that gym to participate in their biggest, most successful season yet. . .  Or were they? 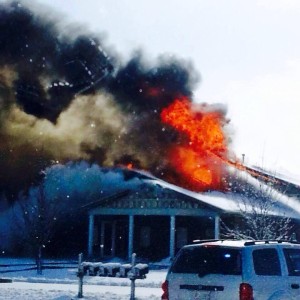 That morning when the phone call came in that their gym was on fire, temperatures had been some of the coldest in recorded history.  “Our entire state was practically shut down,” remembers Crystal Dyer.  “Within a few hours, trophies, competition banners and equipment were all gone.  The springboard floors were torched.  Everything was destroyed.”  The pictures that were taken from that day and after the fire are very chilling and a reminder that no matter how wonderful things are, they can all be gone in an instant.

“The fire gutted the attic of the building, causing the roof to collapse.”  That had been when it was realized how total and complete the loss was for everyone.  With the roof falling in, what hope was there in salvaging anything from inside to start again?  How in the world could they all buckle down and focus again to continue on with the season?  For 7 long hours they watched the fire destroy their team’s home; their gym.  Days after the flames were out the smoldering continued, and the process began.  The owners of the gym did not carry personal property insurance on the equipment inside the gym, and with it all destroyed, that meant if they did again build they were going to have to again purchase all of the equipment without benefit of insurance compensation to help.

“The firefighters, coming from five departments, were getting covered in ice as water from engines froze on their gear,” Crystal 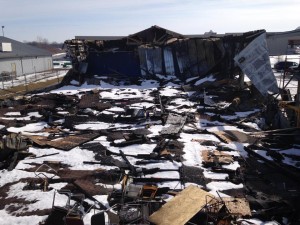 recalled.  “The entire Fierce Family is beyond grateful to all emergency personnel for their amazing efforts.”  When the doors of the gym were opened on May 9th, 2011 and they hosted their first open gym to two (yes – TWO) athletes, no one could have imagined that a short time later they were looking at such destruction and catastrophe.

“After the day of the fire we never discussed not being able to re-open again. The amount of support and words of encouragement were overwhelming.  We knew we could not let our Fierce family down so we focused on finishing our season strong and finding a new home.  With our unbreakable bond, the ability to work together, use each other’s strengths and weaknesses, wonderful staff and the support of our Fierce family we are blessed to have such a bright future ahead of us!  The WORK IS WORTH IT and we would not have it any other way!” 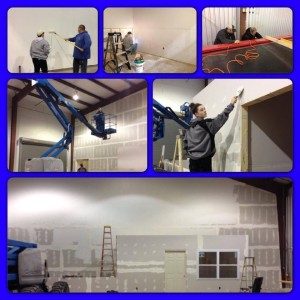 That support and generosity came from all over!  Local businesses, other gyms, families, and even Varsity and the Indianapolis Colts helped out with donations!  Hollywood All Stars in Franklin, IN as well as Elite Cheer & Dance (Clayton, IN) and Legends Cheer Academy II (Plainfield, IN) all offered up their gyms/facilities for the teams to have their practices in.  After all, JAMfest Super Nationals was a mere 12 days away!  The cheer community stepped up in so many different ways!  Varsity donated mats and shoes for the athletes so they would have them in time for JAMfest; Midwest Cheer All Stars headed a drive for shoes until Varsity’s arrived for the athletes.  JAM allowed the gym to work the coat check for donations at Super Nationals.  Midwest Elite Cheer gave “a generous monetary donation”, as did Magic All Stars (Barrington, NJ) along with “thoughtful cards of encouragement”.  Rock Solid Academy gave the team gift bags at JAMfest Super Nationals and wonderful cards of encouragement.  Families of the gym rolled up their sleeves and not only did fundraising for the gym but also worked on construction!  A true labor of love this was for everyone.

They just celebrated the re-opening of Fierce All Stars!  A joyous celebration that many cherish once Fierce has experienced twice.  This one was a bit more than the first one.  This time, the owners got to share this with their FAMILY.  “Rebuilding this time was just as emotional but sharing that experience with the athletes and parents made it extra special,” stated Crystal.  “As we were approaching completion I found myself just watching and soaking it in.  Parents were high fiving each other, dads were getting excited to share this new space that they built with their daughters; athletes were just stopping by because they couldn’t wait until their practice, and the bonds that were made are priceless.  As we wrapped up the evening it was hard to turn out the lights and close the door.  We just wanted to stare!  We walked in and out of the bathroom several times, sat on the bleachers and looked out at the spring floor; sat at 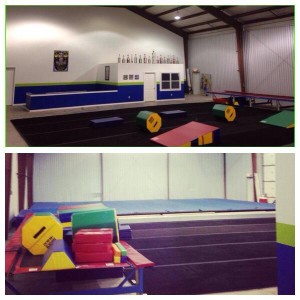 the desk in the office and thought WOW this is it…..WE did it!"

“The next day we opened the doors and the athletes arrived with a whole new mission.  They were motivated, excited, and more eager than ever to get to work.  Hearing the athletes refer to the gym as their second home pulled at my heart strings.  Through all this we realized it is more than just a gym, more than an extra-curricular activity, it a HOME and we are a FAMILY!!!”

It is wonderful to be able to talk about such a wonderful success!  Typically cheer gyms are a very hard business to survive let alone thrive.  This gym has proven that there is more to it than just a business.  There is a group of people with the same vision and the same desire and together they rebuilt a gym to continue on with their goals.  What could be more magical than that?

“We want to thank EVERYONE!!!  There was not a Facebook message, email, voicemail, letter, card, or prayer that didn’t go unread or noticed.  Every single jester no matter how big or small touched us in a strong way.  Just when we would start to feel defeated someone knew what we needed and things magically appeared at the right moment.  The feeling of hope is something you can’t put a price on and that’s what EVERYONE did for us; they gave us HOPE and STRENGTH!!!  We immediately wanted to makes other feel that same way and began giving to different organizations and individuals in their time of need.”

Out of devastation came something so great it can’t be put into words.  But I bet that each reader of this knows what it is.  They know because they are feeling it in their heart at this very moment.  Thank you so much to Fierce All Stars out of Franklin, Indiana for allowing us to share their amazing story and tell of the Hope and Strength that survives in their gym to this day.  No fire can destroy that. 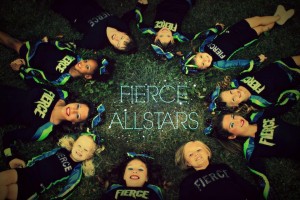 Fierce All Stars had a lot of help with their efforts with things.  "The amount of support was breath taking.  Every day, every hour someone was reaching out to us and offering support.  Our parents, athletes, friends, community, and complete strangers were eager to help in any way possible.  Our parents immediately held a prayer vigil in our honor , started organizing local fundraisers,  and then put their tool belts on and stood by us as we once again put our blood sweat and tears into another home.  Below are just a few additional individuals or organizations that stepped up and supported our efforts to rebuild:

The Art of Kira Studios

http://www.heartofcheer.com/news/overcoming-adversity-fierce-allstars-2/http://www.heartofcheer.com/wp-content/uploads/2014/05/Fierce4.jpghttp://www.heartofcheer.com/wp-content/uploads/2014/05/Fierce4-150x150.jpg2014-05-30T02:35:11-05:00Pam SBlogCheerleadersCoachesGymsIndustryNewsParentsCheer,cheer family,community,Fierce All Stars,fire,rebuilding
Out of Flames Came Hope and Strength                 On Monday, January 6th, 2014 the roof crashed in on Fierce Allstars.  The owners – sisters Crystal Dyer and Sara Hawkins – lost their building, their equipment, and all of the physical accolades of their prior...
Pam Swopepswope.stormeliteallstars@gmail.comAdministratorOne of the founders of iCheer, I am excited to bring the positive and inspiring parts of cheer that I see all the time to the masses! We continually hear about the drama and the negative; well here we are to show you the Heart Of Cheer!!!Heart of Cheer
Tagged in Cheer cheer family community Fierce All Stars fire rebuilding 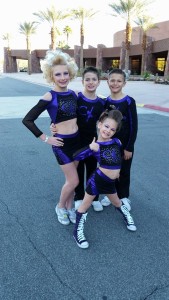 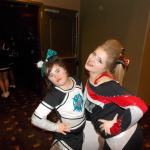