Aaahh, springtime! The birds are singing, the trees are blooming, and cheerleaders all over are chasing bids. It is difficult to spend any time in a cheerleading gym without hearing about bids for The Cheerleading Worlds and The Summit. Figuring out what all these conversations actually mean is enough to make a newcomer’s head spin! 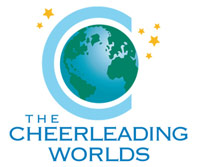 The Cheerleading Worlds is an annual event held by the USASF. Senior and Open level 5 and 6 teams from the United States and 40+ other countries have the opportunity to earn a bid to compete at Worlds. The first Cheerleading Worlds competition was held in 2004, and since its inception, it has been held in late April at Walt Disney’s ESPN Wide World of Sports in Orlando, Florida.

The Summit is also an annual event, and it is held by Varsity All Star. It was first introduced in 2013, and is also held in late April at Walt Disney’s ESPN Wide World of Sports in Orlando, Florida. This competition includes Youth, Junior, and Senior teams of all levels 1 through non-Worlds level 5, thus providing a Worlds type of experience for teams other than those that are eligible to compete at The Cheerleading Worlds.

Both competitions require teams to earn bids. A bid is an invitation to compete, and must be earned through competing at an event that offers them. There are 120+ event producers who offer bids to both The Cheerleading Worlds and The Summit. A team cannot compete at either competition without earning a bid.

Three types of bids are available to compete at The Cheerleading Worlds. The most desirable and most difficult to get is a full paid bid. A full paid bid is exactly what is implied in the name. Teams who receive these bids get the privilege of competing at Worlds with all of their expenses paid. These expenses include lodging, passes to the Disney Parks, and registration fees to compete at the event. Full paid bids are awarded to only the highest scoring teams at the largest and most prestigious competitions throughout the season.

The next type of bid to The Cheerleading Worlds is a partial paid bid. A partial paid bid does not include lodging, but includes passes to the Disney Parks and registration fees to compete at the event. A partial paid bid is also a prestigious bid to be awarded, and is the highest bid available at some competitions that offer bids.

Teams can also receive at large bids. An at large bid offers teams the opportunity to compete at The Cheerleading Worlds, however, teams must cover all of their own expenses. Teams in large divisions who are awarded at large bids must compete in a preliminary round to earn a place in the remainder of the competition. Only the top ten teams in each division may move on to semifinals.

Like The Cheerleading Worlds, there are three types of bids that can be earned to compete at The Summit. These bids are paid, at large, and wild card bids.

A paid bid to The Summit works the same as a paid bid to The Cheerleading Worlds. Expenses are paid for the team to compete, and it is not necessary for teams who earn these bids to compete in the preliminary round. Only the highest scoring teams at the largest and most prestigious events are awarded paid bids to The Summit, and getting one of these is a high honor.

Wild card bids are new to The Summit, and were introduced just this season. Wild card bids are awarded at select one day competitions to the highest scoring teams. Teams that earn wild card bids must compete in a preliminary round to earn a spot in semifinals. Only the top teams in each division will earn the chance to move on.

All members of the champion team of each division of The Cheerleading Worlds and The Summit earn rings. Earning a ring is something that is highly valued in the world of all star cheerleading, and only a select few athletes achieve this honor in their all star careers.

Many all star programs consider it a main goal for their teams to achieve the honor of competing at The Cheerleading Worlds and The Summit. Bringing home wins at either of these competitions earns a large amount of notoriety to these programs and their athletes, and these athletes have the opportunity to make many happy memories with their teammates at these events.

Much luck to everyone this season who will be competing at either of these great events!
Resources