I am a Cheer Scrooge right now.  I am frustrated with those that are teaching their children to expect things instead of working for them.  This is what the parents in booster clubs teach their children each time they don’t take the time to do a little work for the greater good.  No one deserves a hand out; everyone should put in a little time to benefit from the effort of an organization.

The first reaction of the thought of booster club fundraising is the rolling of the eyes and the shaking of the head.  No one likes doing it.  Why?  Because everyone knows the very same thing I do – because not everyone is going to pull their weight and do it.  Where is the accountability?  Where is the extra effort?  Heck, where is the demonstration of putting in your time to do what you love to do?

I know that it is not a fun part of cheerleading.  I know that during the summer everyone is busy with family plans or other things that are much more fun than working fundraising events.  I know that during the cheer season the last think anyone wants to do is work a fundraiser when it might be the only free weekend you have during the month.  Believe me when I say “I get it!”  What frustrates so many is that these funds that we are busting our butts to raise benefit EVERYONE on the team – including those with “more important things to do”.  How?  Well, paying for equipment that ALL athletes use is one thing.  Another is paying for events, hotels, uniforms, fees, travel. . .  We work to pay for a lot of things for the team.  I choose to do the fundraising, but if those like me don’t do it who will? 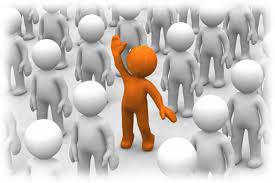 Why doesn’t everyone have the same sort of vision that the ones that work have.  So many look at the fundraising efforts of the booster club and think “What is in it for me?” instead of looking and saying “There is so much we can do to grow this for everyone!”  When did my time become less valuable than Joe and Jane Parent?  I get so frustrated when people view the booster club as their personal piggy bank instead of a tool to grow a program, help out a youth sports organization and work from the top down.  Facts are the older teams are the easier to help out first because they are the most established (typically).  This all does trickle down to the younger teams eventually, but it has to start somewhere.  It is about seeing the “big picture”; not looking and saying “This has nothing to do with my child so why should I help?”

So many are frustrated with the short-sighted people out there that don’t want to work anything because they have “better things to do”.  Better things to do?  What is better than helping your child’s sports organization out?  What is better than growing something that your child has chosen to be a part of?  What is more important than demonstrating to your child that volunteering isn’t about getting things, but about GIVING?  Obviously to so many it is much more important to teach their children that if you get nothing from it you shouldn’t waste your time.  If that were the thoughts of everyone, women wouldn’t have the right to vote, there would be children living on the streets with no adults to care for or love them, and developmentally disabled and senior citizens around without the least bit of care.  There would be animals running all over becoming a health hazard, and your rights would be completely gone!  Volunteers have done a lot over the years for groups and socioeconomic brackets to make change.  But I guess that 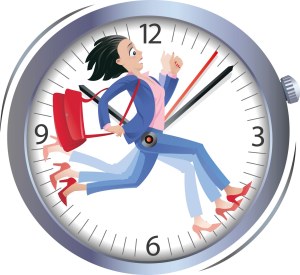 falls on the shoulders of other people, right?

Okay, before you fire off those nasty comments to me and bash me for making these views public – I GET IT!!!!  I understand that you have vacations planned.  I totally get that family time is very important!  I know that you have other kids, and that it is so hard to plan time to help out at these things.  I get it all, but what I don’t get is the mother of 4 with a baby that just turned one is able to find time to spend 5 hours working at a fundraiser for her older daughter.  I don’t get the mom that is able to head over to a fundraiser from camping an hour away to work for a three-hour shift to help out because she knew that there were not enough workers.  I don’t get the mom that has plans, but works the early part of a fundraiser before heading out of town because she knows that she has that time.  How is it that some can FIND the time, while so many others have no time?  Let’s face it – it isn’t about not having the time to help; it’s all about WANTING to help.  It’s not about not having time; it’s about MAKING time.

The excuses are just that – excuses.  What if those of us that did all of the work also started not doing the things we do because we have other things to do suddenly?  It is not like I sit around and eat bon bons all day.  I am a business owner, business manager, mother, wife, blogger, special needs coach, PTO member, volleyball player, and a frustrated booster club member. . .  I wear a lot of hats.  What I aim to do is show my daughter that nothing is free and you must put in your time for the things you want to do.  My daughter knows that if something is needed and I am able, I will do it.  My family is the most important thing to me, and that is why I do what I do.  This helps out my family.  My daughter is able to enjoy many things because of the work that I put in on fundraising.  And she goes along and works with me, even though she just turned 9.  She has done that since she was 5 years old.  She knows that if there is a fundraiser scheduled she will be taking part unless there is something planned that has been scheduled previously; even then, it will all depend on the time of the scheduled event when and if we participate in the fundraiser.  There is always an effort made.

All that this cheer mom (and many other cheer moms and dads around this sport that are frustrated with this mentality) is asking is that those that think others will step up or that they have no time – just make a little time.  If an organization of 85 families can’t cover ONE 12-hour fundraiser, there are a lot of people with tons to do!  I would expect if that fundraiser was occurring during a holiday it would be hard to staff but that seems to be the fundraisers at any time of year.  There are a lot of families that do pitch in and help with fundraising, but how does an organization demonstrate that just a couple of hours on a weekend is a small price to pay for their child and a sport they enjoy?  All it seems is there are families that don’t want to do the work, but want all of the benefit from the work done by others.  I know there are booster clubs that benefit their members only, but even within that unit, mandating having to put in so many volunteer hours draws ire from people because they just don’t have the time.  How has this become such a culture in our world? 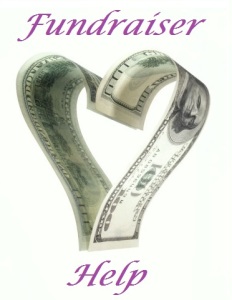 What happened to team work?  What happened to helping out others?  What happened to being a part of an organization?  All of these are valid questions, and ones that I hope that everyone thinks about the next time their organization asks for help with an event.  If each family had given up one hour of their day, there would have been TOO MANY to work that fundraiser.  Instead, some signed up and then never showed up to work, while others just figured that others would do the work.  I know there are some with legitimate reasons that they couldn’t help at a particular fundraiser but I don’t think there is a single family out there that is so busy that they can’t give a little bit of time.  Just two hours.  That is all anyone needs to give to help out any organization with a fundraiser.  Just two hours.  It is such an easy concept – let’s all pledge to do Just Two Hours for each fundraiser.  As an organizer, it would be wonderful to be able to turn away volunteers as opposed to trying to beg people to work.

I hope that this brings in some thought and discussion.  If everyone gave a little bit of time there would be no reason for me to write a blog like this.  I know there are families that give a lot to their gyms and organizations.  I am writing this for them.  If they stop giving all that they do, what is the child of the family that is too busy to do any fundraising going to do when it comes time to benefit from the work of others?  Those children will have learned that they deserve hand-outs and nothing about earning what they want.  That is sad to me.  Don’t teach your athletes that because they grow into adults that feel that way, and in the end nothing changes in the world with a “what’s in it for me” attitude.

http://www.heartofcheer.com/cheerleaders/just-two-hours/http://www.heartofcheer.com/wp-content/uploads/2014/09/Just-Two-Hours4.jpghttp://www.heartofcheer.com/wp-content/uploads/2014/09/Just-Two-Hours4-150x150.jpg2014-09-10T08:30:37-04:00Pam SBlogCheerleadersIndustryLifestyleParentsbooster club,cheerleading,fundraising,give,participate,participation,volunteer
I am a Cheer Scrooge right now.  I am frustrated with those that are teaching their children to expect things instead of working for them.  This is what the parents in booster clubs teach their children each time they don’t take the time to do a little work for...
Pam Swopepswope.stormeliteallstars@gmail.comAdministratorOne of the founders of iCheer, I am excited to bring the positive and inspiring parts of cheer that I see all the time to the masses! We continually hear about the drama and the negative; well here we are to show you the Heart Of Cheer!!!Heart of Cheer
Tagged in booster club cheerleading fundraising give participate participation volunteer