Imagine this. . .  The cool soundtrack music starts playing, with heavy guitar, very cool sounding, and a group of cheer moms – dressed well, with all the right clothing, their hair done amazing, make-up on, all the right accessories – come walking into the parent room of the gym in slow motion, their hair blowing back perfectly as they strut in unison.  They are the moms that are always together, with the one Head Cheer Mom that is the one that can make or break your time at the gym. . .  How many can recall seeing that group in their athlete’s gym?

Of course I am making a play on the movie “Mean Girls” starting Lindsay Lohan, but I thought it was a pretty appropriate way to bring it up.  Every gym has the clique of cheer moms that seem to know it all, that are the ones that no one goes against, and even 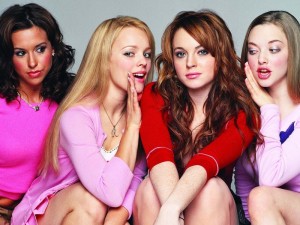 the gym owner’s left eye twitches slightly at the mere mention of any of their names.  But does it have to be that way?

Step back for a bit and think about school.  Were you a part of a clique when you were in school?  What clique was your clique?  Were you a cheerleader?  Were you a nerd?  How about a jock, a “Goth”, or a “mean girl”?  Why were you a part of that clique?  Of course most will respond that it was because of a common interest.  That is why most of us select our friends or the people that we associate with.  This is a topic from back in school; we are all adults now!  Shouldn’t we be more mature and realize that we are not any better than others?  Shouldn’t we be nice to everyone and associate with others to expand our horizons and enlighten us to other socioeconomic views and ideals?

Cliques are formed because of people with common interests and ideals.  Adults do it as well as kids in school.  What gives a clique “power” is not the clique itself, rather the people dealing with the clique.  If you’re afraid of a clique, you are the one giving the clique the power to do what it does and how it does it.  But I am jumping ahead of myself here. . .  Let’s step back for a bit and truly explore all of this.

The definition of a clique (www.dictionary.com) –

So we have a “small, exclusive group” of cheer moms feeling like they have the right and the power to do what they do and try to “run 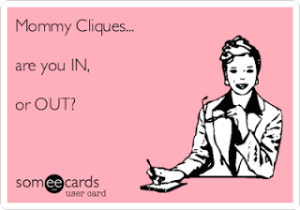 Forbes Magazine did an article about cliques in the workplace called “How to Deal with Cliques at Work”, written by Jacquelyn Smith and published July 25, 2013.  43% of workers stated that their workplace was populated with cliques according to a survey done.  “This isn’t surprising at all,” says Amy Hoover, president of Talent Zoo. “People are creatures of habit, and the habits you pick up early in life often carry through to adulthood. One of those habits is to group with others who are like-minded or similar to ourselves. It happens at work, at parties, at networking events–any place where there are groups of people.”

According to many, we as humans are genetically and psychologically geared to form cliques – even if there is nothing significant, humans will form groups over something as insignificant as the type of jewelry they are wearing or the color of hair.  In research, many adults even stated that they had done or said something that they were not proud of just to fit into a group.  Katherine Crowley, author of books on the topic, states that people join cliques to get a feeling of security and a sense of identity.  In the workplace, Ms. Crowley states that “office cliques tend to form most in corporate environments with weak management. They are like office gangs that emerge to fill in the void of leadership.”

A majority of the experts do recommend steering away from cliques as opposed to becoming a part of them.  While it is true that they can have enormous social “power”, they tend to dictate popularity rather than any sense of knowledge or true leadership.  Most experts agree that cliques are typically not comprised of the most desirable leaders or high performers.

Most that fall into “cliques” are typically very insecure, and need the power in numbers to give themselves validity.  Members of cliques that walk around and demean others tend to be rather sad and comprised of people with very low self-esteem.  They need the clique to give themselves any sort of self-worth.  That is not how adults should live.

Before my email box blows up with messages about how everyone is not in a clique if they are with other friends, I will tell you that I completely agree.  Everyone is going to have friends that they are closer with and will choose to spend time with.  They will talk together amongst themselves and they will do things together outside the gym.  This is not anything that is wrong at all.  Where it crosses the line is when a group demeans or belittles others that are not a part of the group, or when they use their numbers to “force” others to take their views/side in a discussion, vote or exchange of ideals.  Coercion is not something that should ever be acceptable by any group of adults!  Friends talk together, and they socialize together, but they don’t “restrict membership” to the group.  Friends talk to others, and they don’t wield their “power” to gain any sort of advantage or use their numbers to make the gym owner do what they want done.  Friends are a group and that is that.

So when you see the Mean Cheer Moms walk into the parent room at the gym, don’t feel any fear creep into your mind; feel pity.  These are grown women that haven’t gotten out of high school.  They rely on images and appearances to make themselves feel better, and they use their numbers to try and get their way.  They are nice to people in their presence, but they will not hesitate to stab them in the back once they are out of ear shot.  Consider this – if they are talking that way about another parent, what are they saying about you when you are not around?  Typically if anyone will badmouth anyone in front of others, they will do it to anyone – including you.

Nothing makes another person better than another.  Everyone has something to offer a group or organization.  Opinions are not something that should be blasted or cause for shunning of a person.  Exchanging ideals in groups is a wonderfully productive way to create some exciting things!  No one should have to keep quiet because others don’t agree with their viewpoint.  The mature thing to do is to listen to all ideals, and either agree or respect the other person enough to disagree in a mature manner.  It certainly is okay to admire a person’s style and an item someone has, but to emulate them is something that is for children.  Adults should know better than to have to fit in by wearing the right clothing or carrying the right purse. 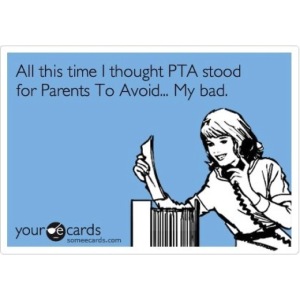 So giving a clique the power to make decisions pertaining to the gym or how things are done where parents are involved is not the way to go.  We as humans give cliques the power to do what they do.  No one person – or a group of six people – have the right to tell an entire group of adults how to think, what to wear, how to act or what to do.  One of the most wonderful things about a group of people is the differences in the groups.  There are many different personalities that make up a cheer gym, just like any other large group.  There are people that have unique styles, and would rather wear their winter coat from the 1970’s than go out and spend $150.00 on a “trendy” jacket because it just isn’t them and it isn’t comfortable.  There are also those people that would rather be comfortable than wear heels to a competition just because it looks good.  There are still others that would rather be in jeans a t-shirts than wearing some jeggings and trendy top because it is comfortable and they feel more real.  There is nothing wrong with any of it, and as adults their differences should be appreciated.  Giving any small group power over others is a dangerous thing, and one that can destroy a cheer gym.  In the end, the Mean Cheer Moms are not going to be loyal to anyone but themselves.  They are not what makes up the cheer gym, and they are not the parents of the best athletes in the gym; they are looking for a status, and they hope the larger group gives it to them because they are so insignificant in their lives otherwise they need somewhere to be “important”.  Stand strong, for they will not do anything against the larger group if not allowed.

I pity the Mean Cheer Moms, but not enough to be mean to them or to do to them as they would do to anyone else.  Show them kindness, and know that if you are not a part of that clique, you are doing great.

http://www.heartofcheer.com/gyms/mean-cheer-moms/http://www.heartofcheer.com/wp-content/uploads/2014/09/mommy-cliques.pnghttp://www.heartofcheer.com/wp-content/uploads/2014/09/mommy-cliques-150x150.png2014-09-15T09:30:56-04:00Pam SBlogCheerleadersEducationGymsIndustryLifestyleParentsbullying,cheer moms,cliques,groups,isolation,maturity,Parents
Imagine this. . .  The cool soundtrack music starts playing, with heavy guitar, very cool sounding, and a group of cheer moms – dressed well, with all the right clothing, their hair done amazing, make-up on, all the right accessories – come walking into the parent room of the...
Pam Swopepswope.stormeliteallstars@gmail.comAdministratorOne of the founders of iCheer, I am excited to bring the positive and inspiring parts of cheer that I see all the time to the masses! We continually hear about the drama and the negative; well here we are to show you the Heart Of Cheer!!!Heart of Cheer
Tagged in bullying cheer moms cliques groups isolation maturity Parents

Book Review: “It’s Not About Perfect” 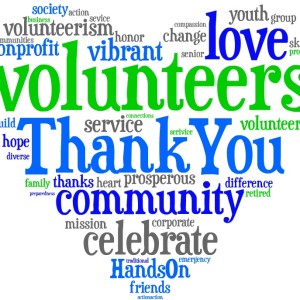 How to Get Volunteers! 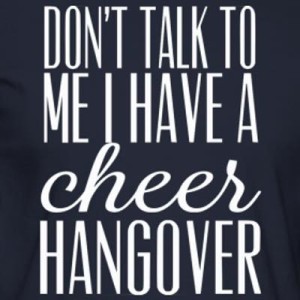