As parents, we hold our children's health and well-being as a high concern. There are so many talks of diseases and illnesses in our daily lives, but one in particular is very scary as it is entirely preventable and successfully treatable- Childhood Obesity.

“More than 23 million children and teenagers in the U.S. are obese or overweight, a statistic that health and medical experts consider an epidemic. While obesity rates have soared among all age groups in this country, obesity is a particularly grave concern for children. 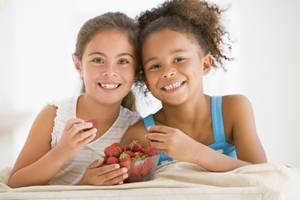 As a parent, it is our role to educate and guide our children on making proper food choices and encouraging physical activity and exercise. There are many tools and resources out there to help us, but is that enough? Who is our young child’s hero, their role model? For many of us, it is us- their parents. How many times has your child said “I want to be just like you mom/dad”?

According to the American Heart Association, 154.7 MILLION adults over the age of 20 are obese. In order for our children to change, WE as parents, the guiding force, need to change.

For most of my life I was very physically fit; I coached cheerleading and gymnastics for over fifteen years. I even worked as a fitness trainer at a local Y for many years. I was the epitome of a health nut in every sense of the title, from what I ate to my obsessive exercise routines. I was actually underweight up until age 21 when I became pregnant with twins. I had a very healthy pregnancy and most were surprised to hear I was pregnant with twins as I carried my delicate little basketball tummy well. Unfortunately my sons passed away in the NICU later that year. My body suffered significant trauma from the difficulties I had with TTTS and a taxing labor and delivery. Despite all of that, I continued healthy eating and exercise. Staying active proved to be very therapeutic and a way to cope with some of the pain I was feeling inside.
In 2003 I became pregnant with my daughter and once again had a rough pregnancy with placenta previa and nearly died from toxemia and hemorrhaging in the end. Once again, my body suffered a significant amount of trauma, and this time it led to some weight gain. I was on the higher end of the normal range and tipping toward the overweight range despite being active.
In 2008 my world was turned upside down as I became very ill, nearly bed-ridden, for several months. I had to go on Prednisone, a type of steroid with unforgiving side effects. I gained a significant amount of weight from this, and the illness itself, and found myself on the other side of the fence. Once I got my condition under control, I went on a strict exercise and nutrition plan of my own and lost 75lbs, only to get violently ill yet again a year later and put it all back on from the harsh medications and the effects of the disease. Now I find myself in a heavy spot once again, and even though my weight is a result of a condition not in my control, I still worry about the example this extra weight sets for my young daughter. I will admit, there are plenty of days where I eat unhealthy because I think to myself “well, now that I’m fat again, I may as well enjoy it.” Again, another dangerous attitude to have and another awful example to set for my daughter and other children who may be watching (and we all know how closely they watch and take in everything adults do).
Fast forward to today, I have recently embarked on getting my health and lifestyle back under control. It is far from easy, and there are good days along with bad, but I am thankful I have a very supportive friend by my side every step of the way.

My story is a somewhat typical one.  I have always been physically active, playing any sport I could since I was a kid.  I have always been naturally athletic, so if there was a sport to try, I would try it and I could do it well.  I played baseball growing up, moved to softball (because as a girl I had an option at that point), played basketball, flag football, kickball.  Not until I was in high school did I move to play volleyball and running track (mostly because there was no softball at this school due to the size of the school).  Turned out I excelled in volleyball and ended up with a college scholarship for the sport. 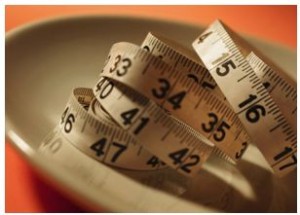 After college, I had put on some weight, but I had also been one of those people that I would easily lose the weight when I put my mind to it.  I also loved working out, so making small changes in lifestyle and joining a health club, plus finding friends that got me into a competitive volleyball circle that lead me to playing all year around and traveling all over playing in tournaments helped me greatly with staying fit.  I continued this lifestyle when I met my now-husband, and then I got pregnant.  I continued to play volleyball up until I was eight and a half months pregnant (though I will admit it had been a bit difficult the last couple weeks doing basic moves and such).  I had a fit pregnancy, only putting on about twenty-two pounds due to staying so active.  Right after my daughter was born, I lost most of the weight in the first twelve weeks, and for about a year I had been okay, struggling a lot with trying to keep the weight off.  I struggled more than I had ever done in my life.

Between the birth of my child and the fact that I had been 38 when she was born, my body had changed drastically and I had no idea how to deal with it.  I had kept excusing that it had been “baby weight” or that my body had “changed” was the reason I had been adding weight.  It had been a very slow, gradual process, but it happened.  When my daughter was about four and started participating in cheer, fast food became a way of life, and it also became something for me to get when I had been too busy to prepare a meal or just too “tired”.  And the pounds continued to accumulate. 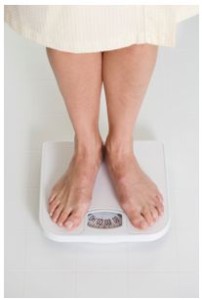 Today I see myself weighing more than I did when I was pregnant with my daughter!  I am frustrated and ashamed because I keep doing the “how did this happen?” thing.  But I know – McDonalds, Burger King, Taco Bell, Hardees. . .  And every food weakness that I have!  Something has to change, and the change starts with ME.  So with my “bestie” I am embarking on a lifestyle change.  We are taking it week to week, making two changes – one lifestyle; one physical.  I am excited because I am also including my daughter on this venture.  Together we are going to learn how to be healthy.  Instead of all-at-once, we are going to do this gradually, introducing a new change each week that we can add to the changes we have already made.  I know there will be weeks of challenges, but overall I know that it can be done.

So, it is time once again for us to take charge of our health and our lives and we want to help others do the same. After much thought, we decided we could create a group on Facebook with other Cheer Moms like ourselves striving to reach similar goals. Whether it is to lose a little weight, a lot of weight, or just maintain a healthy body- we could all work together to support each other and provide helpful tips along the way. By taking action to lead a healthy lifestyle, we will be encouraging our children and families to do the same and instill these important values in them.

The next step is to find other Cheer Moms who are interested in leading a healthy lifestyle.

We also have Mother/Daughter duo Debbie and Morgan Fairley on board as Admins of our Facebook group. Debbie and Morgan are the founders of Muddy Cheer Challenge, a fun mud run obstacle course that promotes healthy family bonding in a physically active atmosphere with an emphasis on giving back to others.

If you are interested in joining this group, please send a request to the link below:

“Just as we all own the problem of childhood obesity, we must all be part of the solution. Healthy lifestyles—being physically active, eating sensibly and avoiding tobacco use—involves the elements of our everyday lives. So does promoting those healthy lifestyles in our communities. Wherever you are—schools, workplaces, stores, homes, anywhere—you can look for ways to tell others about maintaining individual health and making it easier for everyone to prevent and address childhood obesity. That’s the spirit of National Childhood Obesity Awareness Month. It’s all of us, working together and individually in whatever ways we can.” (Healthy Kids Brighter Futures.org, 2012)

http://www.heartofcheer.com/education/cheer-moms-get-fit/http://www.heartofcheer.com/wp-content/uploads/2014/06/cmfg2.pnghttp://www.heartofcheer.com/wp-content/uploads/2014/06/cmfg2-150x150.png2014-06-11T20:08:01-04:00LeslieBlogEducationHealthParentsfitness,getting fit,health,obesity
As parents, we hold our children's health and well-being as a high concern. There are so many talks of diseases and illnesses in our daily lives, but one in particular is very scary as it is entirely preventable and successfully treatable- Childhood Obesity. “More than 23 million children and teenagers...
Leslie Phillipslmp1980@live.comAdministratorHeart of Cheer
Tagged in fitness getting fit health obesity