Perception is YOUR Reality

How many times have you heard that saying?  Perception is Reality.  In the honest truth, it IS reality – but it is not necessarily factual.  How you perceive things is how your reality is, but it is not the truth.  So many people often confuse the two and need to realize that there is a huge difference.

Every person sees situations all of the time.  You can put the same situation in front of five different people and get the very same answer to the situation they see, but that isn’t necessarily what the truth behind what they see is.  Humans, by nature rely on their perception of things in order to make a quick judgement.  This is done for safety, ease, saving time, money. . .  For many different things.  Employers use it to “weed out” the applications to get the “best qualified” or the ones that they want to hire.  Police officers use it to decide if they are going to intervene in a situation and how they are going to do it.  Parents use it to raise their children and keep them safe and to teach them right from wrong.  Kids use it to choose friends, activities and what they will eat (all you moms know what I mean here. . .).  Everyone uses it in some capacity in their lives.  It is something that is necessary.  It isn’t always “right”; it just is. 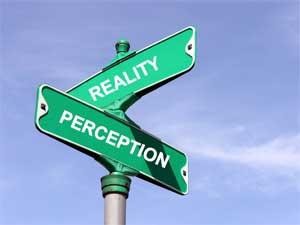 Let’s look at this situation:  Team tryouts and one athlete did not get onto the team even though the athlete has all of the required tumbling for the level.  It is a very “general” situation, but one that happens often.  Depending on where you fall in the world of cheer will most likely determine how you perceive this situation.  Let’s look at them for a moment so you can see.

Perception #1:  The athlete – I was not the coach’s favorite and that is why I didn’t get on the team.  I don’t wear the right clothes, and I am not as popular as the others that did make the team.  I am not friends with the right person, so they didn’t put me on the team.

Perception #2:  The parent of the athlete – That coach has always had it out for my kid!  They never liked her and they just went ahead and chose the kids that they liked and wanted on the team.  They have never cared about my child because she doesn’t take the privates that they expect everyone to take, and because she did it all herself they are just discriminating against her!  They are jealous because she is better than all of the others they did put on the team, but because she is not a favorite they won’t put her on the team.

Perception #3:  The coach making the decision – Oh I hate this!  They are going to be mad because they will make it all personal!  They are going to attack me about why I made the decisions and never ask why.  They can’t stand me though, so why would they be happy on my team?  Each time I coach that girl, she whines at practices and she tries to learn the skills 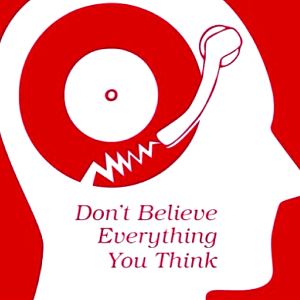 on her own and does them all with such bad technique!  If she just took a private with a coach, she would get cleaned up and be the best tumbler in the gym!

Are we getting the picture?  Throw in the “facts” of the situation, and suddenly the perception changes greatly.  Yes – perception is reality, but it is not the truth as it stands; it is your reality because in your mind that is how it is.  When situations come up, the best thing to do is to NOT react emotionally.  There are people that is very difficult for – they always react emotionally before they think and then realize the facts in the situation.  Those are the peop 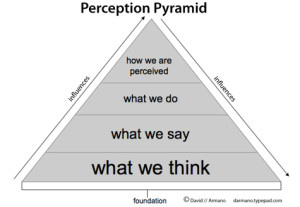 le that the whole get frustrated dealing with.  Taking a breath, giving some time to think about things, and merely asking questions will help a lot with this situation when it comes to dealing with it.

What if the athlete asked the coach why?  What if the parent had communicated with the coach about the desire for her athlete to take privates to clean up her technique, but they had not been able to at the moment due to family issues?  What if the coach had spoken to the parent and athlete, explaining their reservations to having the athlete on the team, as well as the age restrictions placed on the team by the USASF?  Dos you think this would have cleared up a lot of issue?  Every answer would have gone to dispel a perception that was made about the situation, and most likely repairing hurt feelings or creating a better understanding – as well as educating about the sport of all-star cheerleading – for the future history with the gym and sport.

http://www.heartofcheer.com/gyms/perception-reality/http://www.heartofcheer.com/wp-content/uploads/2015/04/perception5.jpghttp://www.heartofcheer.com/wp-content/uploads/2015/04/perception5.jpg2015-04-22T21:01:48-04:00Pam SBlogCheerleadersCoachesEducationGymsParentsask,communication,facts,finding out,gossip,judgment,mistakes,misunderstanding,perception,rational,reality,rumors
How many times have you heard that saying?  Perception is Reality.  In the honest truth, it IS reality – but it is not necessarily factual.  How you perceive things is how your reality is, but it is not the truth.  So many people often confuse the two and need...
Pam Swopepswope.stormeliteallstars@gmail.comAdministratorOne of the founders of iCheer, I am excited to bring the positive and inspiring parts of cheer that I see all the time to the masses! We continually hear about the drama and the negative; well here we are to show you the Heart Of Cheer!!!Heart of Cheer
Tagged in ask communication facts finding out gossip judgment mistakes misunderstanding perception rational reality rumors 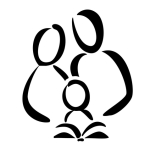